You have an old version of the software. The website may not work properly. Please update your system to view the page with all available features.

Is the defense sector in the 21st century innovative? - part 1.

Are we on the eve of replacing commanders with artificial intelligence? How can the Internet of Things support the battlefield? We present the first part of the conversation between Marcin Kapuściński and Paweł Fleischer, Business Development Manager at TTMS.

Marcin Kapuściński: Let’s start with interesting news: the US Air Force is creating an application to automate the process of making military decisions by commanders. Although it is still in the early stages, it is being created as part of a wider Advanced Battle Management program. Are we on the eve of replacing commanders with artificial intelligence?

Paweł Fleischer: The United States has been working for many decades to increase the autonomy of decision-making by military systems. A great example illustrating the problem, that the military has faced for many years is the recognition of a nuclear attack by one side and the preparation of an adequate response. This problem was crucial during the Cold War, but it should be noted that it is still relevant due to the continued proliferation of nuclear weapons in more countries. This problem has been reflected in many films, but I think “War Games” from 1983 shows it most clearly. The US government decides to create a supercomputer (War Operating Plan Response – WOPR) to command nuclear forces. As a result of an accident, a teenager breaks into the system and runs the game called “Global Thermonuclear War.” He starts the game with a supercomputer and he fires missiles equipped with nuclear warheads from the territory of the USSR towards the USA. However, WOPR does not treat the teenager’s actions as an innocent game, but as a real strike against the United States. It begins operations aimed at responding to the attack by the USSR by counterattacking with American forces. Fortunately, the movie ends happily, where as a result of calling tic-tac-toe game in which only WOPR itself participates, all games end in a draw. This leads the system to the conclusion, that some games cannot be won. Thus, the system restarts and prevents a real “Global Thermonuclear War.”

The movie not only shows the problem of a global conflict, but also the use of artificial intelligence in military systems. Besides, WOPR in the film was named after the son of the creator of the system (Joshua), thus giving it a human character. It should be said, that the created command systems automate decision-making in those areas, where there is no risk of depriving a living creature and there is a need to relieve a human being. Very often in the case of combat systems, such as drones, we talk about the “Human in the Loop” approach. In such an automated command and control system, enabling, inter alia, processing reconnaissance data, determining the location of the target, it is the human (i.e. the soldier) who ultimately makes the decision to launch the missile, not the system. Military systems developed today, which do not contain the possibility of killing a living creature at the output of the system, have a higher level of autonomy than lethal systems.

The ABMS system developed by the US Air Force, that you mentioned is part of a larger concept of the US Armed Forces, i.e. JADC2 – Joint All-Domain and Control, which is designed to combine sensors of all types of armed forces – the Air Force, Land Forces, Navy and Space Forces – into one network. It fits in with the assumptions I mentioned earlier. It is supposed to be a cloud solution in which combined forces can share, among others with your intelligence and reconnaissance data for faster decision-making by commanders. ABMS developed by the Air Force focuses on the aviation domain, e.g. enabling faster transfer of information from sensors provided by F-22 or F-35 aircraft to e.g. land forces or the navy, allowing these units directly to decide whether to destroy the enemy target or not, depending on the mission’s priorities and the importance of the goal. Thus, artificial intelligence, and more precisely the machine learning method, is used for reconnaissance analysis, enabling the determination of the type of armaments and military equipment of the enemy, the location and at the end of the process of selecting the best effector (e.g. rockets of the appropriate type or missile). In summary, for the time being, replacing commanders with fully artificial intelligence remains in the field of sci-fi literature and cinematography. 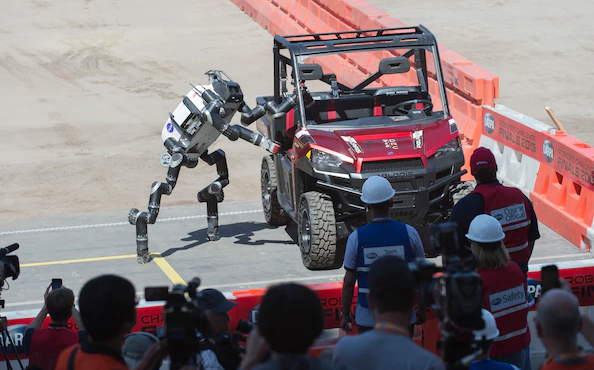 How will AI, the Internet of Things or fifth generation mobile technology (5G) create an advantage on the battlefield?

The technologies mentioned by you will certainly allow to increase the advantage on the future battlefield of any army equipped with appropriate tools based on 5G, artificial intelligence and IoT. Especially in the event of a conventional conflict with a less technically advanced opponent. Why am I mentioning this? In the case of low-intensity armed conflicts, such as Afghanistan, it is difficult to predict a clear victory for one of the parties. The very implementation and use of the aforementioned technology is a challenge for the military on a technical and doctrinal level. In the USA, the term “Mosaic Warfare” is gaining more and more popularity. The term was created by the American agency, dealing with the development of military technology – DARPA. The concept of warfare on the future battlefield, in the opinion of American military planners and analysts, will be based on replacing larger systems/platforms (including weapons and military equipment) with more dynamic, composed sets of smaller, more numerous systems/platforms. The concept itself is extremely broad and covers land, sea, air, space and cyberspace operations, and the effectiveness of this approach is likely to vary depending on the details of the given system and situation. Currently, US military planners are working on various solutions to implement the “Mosaic Warfare”. In one of the war games, they wonder who will be victorious in the case of air combat between a classic platform such as the F-16 – equipped with two missiles – and four unmanned aerial systems equipped with one missile. From this description, an image of the concept of military operations based on a system, that is designed to enable quick and flexible connection of various sensors, effectors and networks emerges. A system, in which the speed of communication, data transfer and its reliability are a key element in such a complex system, and thus leading to gaining an advantage on the future battlefield. Therefore, currently so much attention is paid to work on AI, IoT or 5G, which may overcome the current problems in the future and help implement the concept of “Mosaic Warfare” – as long as it is not abandoned by the US Department of Defense.

Regarding your question, how can these techniques assist the nascent concept of “Mosaic Warfare”? Let’s start with the 5G mobile technology, which is to enable faster data transfer compared to the currently used – 4G. Potentially, 5G can be used in military systems that require fast data processing, for example in reconnaissance systems, command and communication systems, and logistics. As a real example of the implementation of 5G, the applications in tactical communication of ground forces at the below brigade levels can be indicated. This would allow not only to transfer voice communication faster, but also the image if soldiers are equipped with appropriate sensors. Thus, commanders would have the option of increasing the so-called situational awareness on the battlefield, i.e. shortening the time to obtain information from the environment, assessing potential threats and making decisions leading to the issuance of an order – potentially protecting against incurring a potential loss or enabling gaining an advantage. 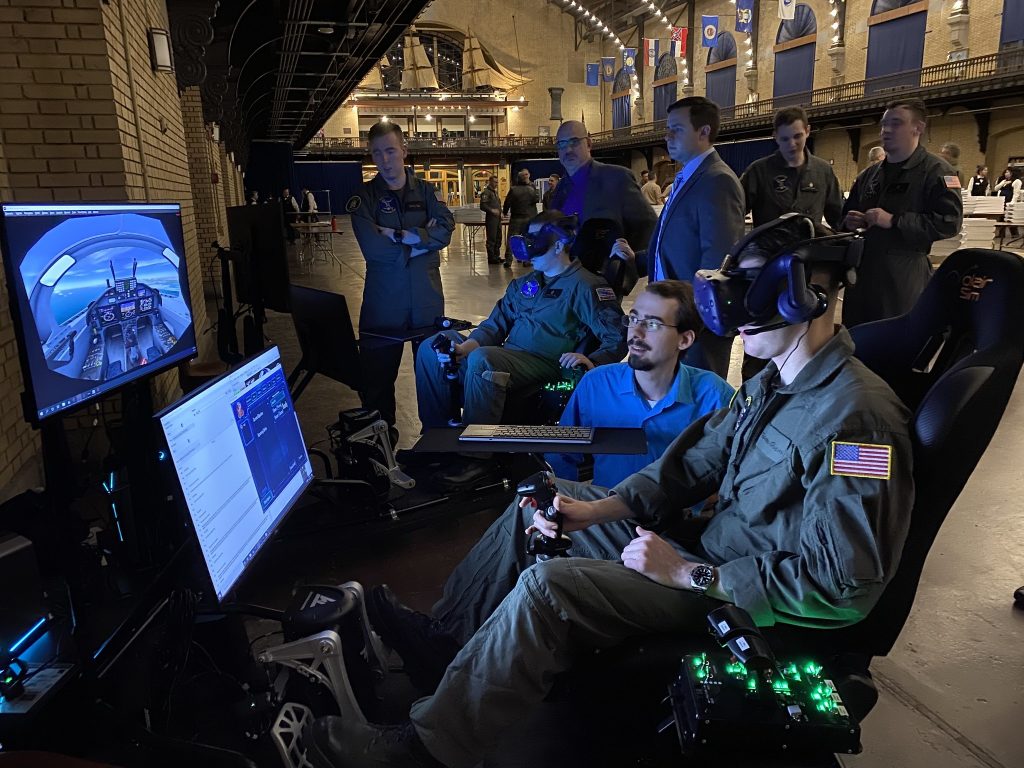 At this point, the Internet of Things (IoT) should be mentioned, i.e. a network of intelligent objects with the ability to process data and communicate with each other. The military is not only interested in developing a military Internet of Things system, but also in the possibilities of using civilian facilities. A soldier equipped, for example, with a body temperature sensor, blood pressure sensor, a camera and an ammunition status sensor will be able to transfer data from sensors to the command and control system, thus enabling more effective command.

In all the examples or concepts mentioned above, artificial intelligence / machine learning finds its application. AI has and will have a number of applications in reconnaissance systems, logistics, command systems, weapons systems and activities in cyberspace. In the case of systems responsible for reconnaissance and intelligence analysis, artificial intelligence already supports the process of collecting intelligence data and processing satellite imagery, enabling automatic identification of selected objects, e.g. ships or aircraft. In the context of the currently growing tensions at the border with Ukraine, an intelligence analyst working at the NGA (U.S. National Geospatial Agency) does not have to spend many hours browsing individual shots from the satellite in search of the necessary information about the movement of Russian troops from point A to B, but receives initial analytical product, requiring only deepening with data / information from other sources. After preparing the analytical product, the decision-maker receives, for example, an analysis showing the deployment of troops, the potential organizational chart of the army, and information on the state of armaments and military equipment.

The emerging concept of “Mosaic Warfare” along with the development and implementation of 5G, IoT and artificial intelligence / machine learning aims to combine innovative technologies with a new approach to conducting operations and command. Thus, the Americans, partially in cooperation with NATO Allies, are trying to stay ahead of potential rivals. Let us not forget that China is also carrying out similar research work and to a lesser extent the Russian Federation. It should be remembered that the implementation of 5G mobile technology, IoT or AI is associated with technical challenges – limited computing power and small data storage space, low battery power (in the case of equipping a soldier with sensors), limited capacity of communication channels and the need to implement appropriate management systems bands and frequencies (in the case of command systems). On the other hand, there must be institutional changes related to the method of training soldiers, the military doctrine and the creation of a mechanism for acquiring modern solutions and providing funding for research and development projects. Without a comprehensive approach to the concept of “Mosaic Warfare” and the technique needed for it, it will be difficult to speak of a complete success. 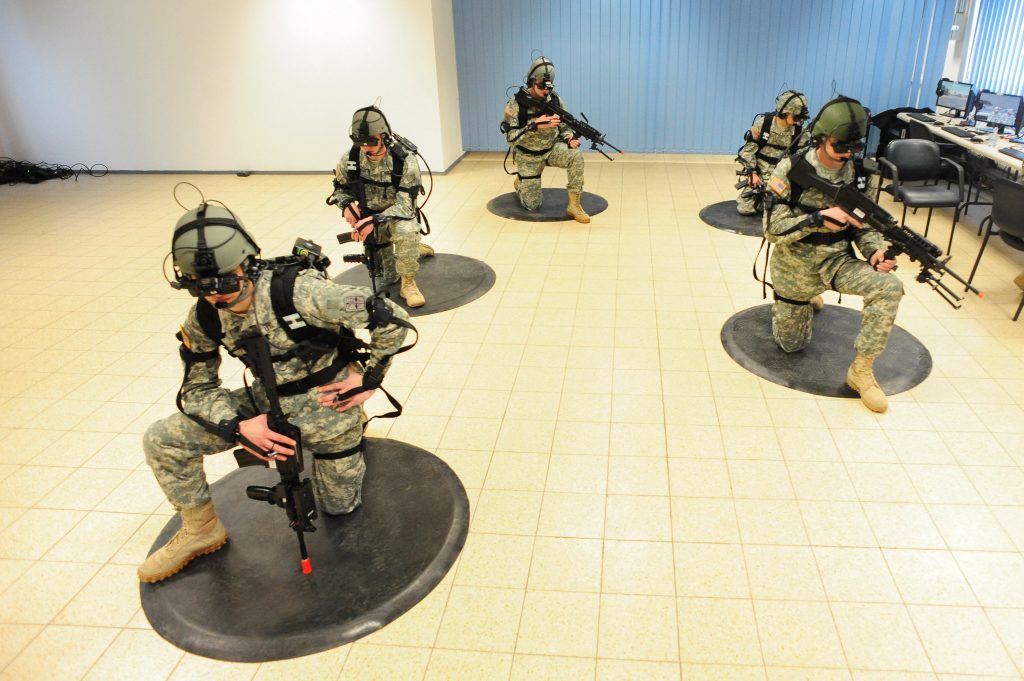 It was the first part of the interview with Paweł Fleischer. More parts coming soon!